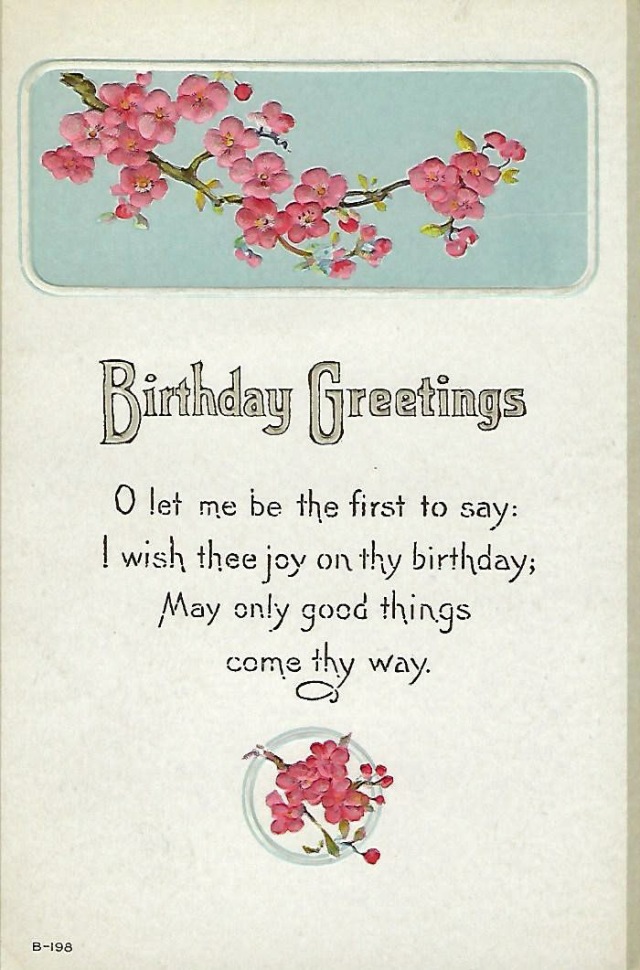 No post mark [not mailed].  No addressee [message covers both sides of card]

“Dear Florence [Florence Koontz Weaver], I have been going to send you a card all the week but forgot it.  It will be like the letter you sent me and I suppose you know Gardner [Charles Gardner Griste] and Ethel [Ethel Jeannette Koontz Griste] has Scarlet Fever by this Mrs. Griste [Jessie Rooney Griste]  is there.  This has been a rainy and cold day.  I have been cleaning house this week.  I hope Ethel and Gardner won’t be bad if you had been here I might go up and if she gets bad and they want me to go I will go up wishing you a happy birthday.  Will write later.   Billy [William Peter Koontz] is still in.  He is out of the H now.   From Mother [Phebie Ann Gardner Koontz]”

Genealogist / Family Historian; Blog started as a record of my Grandfather's post card collection which ran for 15 months. Then, in June, 2017, I changed over to reporting and commenting on notifications from the ANCESTRY app "We're Related" I then started to provide snippets into ancestor biographies on the dates that were significant anniversaries.
View all posts by Pat Shaul →
This entry was posted in Birthday, Genealogy, History, Koontz, Postcards. Bookmark the permalink.