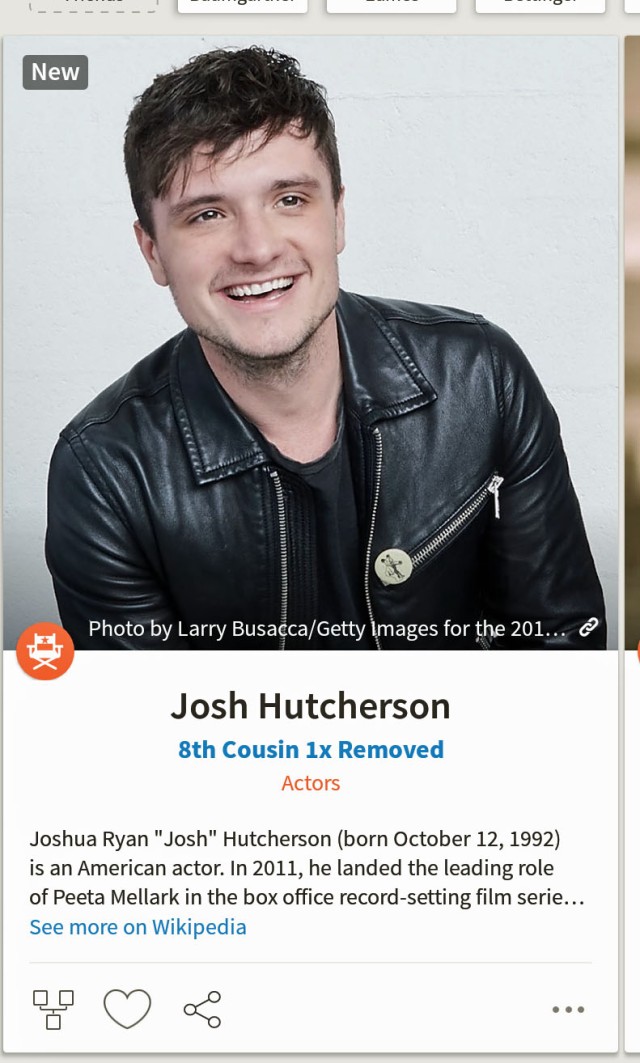 Notification #378 brings Josh Hutcherson as my 8th cousin, once removed, through our MRCA Dutton Lane (1670-1726), the great grandfather of Samuel Lane (1769-xxxx), my 4 times great grandfather and the furthest documented ancestor I have in that lineage.  Now, Grandfather Dutton has another actor descendant, Brad Pitt, # 332.  In Josh’s lineage, Dutton has a son, Richard Lane (1698-1770).  In Brad’s lineage, Dutton also has a son, Richard Lane (1702-1770).  From there they split off into two separate children of Richard.   It does raise the question of whether the two Richard entries are really the same person.  They died the same year, but their birth year differs by 4 years.  Since I have not made it back to old Dutton, I cannot say for sure who his children were or for that matter who his grandchildren were.  So, until that TO DO is Done, I will leave this in the “I wonder if this is true” column.

Genealogist / Family Historian; Blog started as a record of my Grandfather's post card collection which ran for 15 months. Then, in June, 2017, I changed over to reporting and commenting on notifications from the ANCESTRY app "We're Related" I then started to provide snippets into ancestor biographies on the dates that were significant anniversaries.
View all posts by Pat Shaul →
This entry was posted in Ancestry, Genealogy, Pedigree Charts, We're Related. Bookmark the permalink.