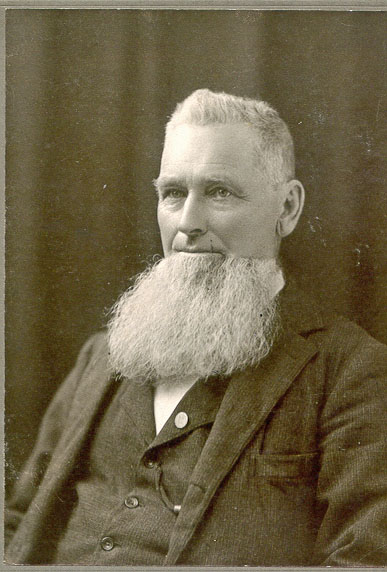 From The Reunion Papers of the Jenks Family – Eva Seymour Jenks

In the spring, the young couple rented a farm near White Lake, Oakland County, where they spent the first year of their married life. Their first child, Emmer Estelle, was born there October 11, 1856. They were not satisfied with the place as the ground was hard and stony – what wasn’t marsh. The frogs sang the year round and they were far from home. So, in the fall of 1857, they moved back to Southfield and built themselves a log cabin on their own farm and their second child [Effie Clarissa] was born there.

In the spring of 1862, they moved over to Father Jenks’ and while there, Emmer Estelle died in March, their only son Llewellyn Lee was born the 16th of June. The next year, they moved back into their own house.

A number of years later, they rented the old Lee homestead west of the stone school house where, I believe, Uncle Charlie had spent his young days, and was owned by his mother. Their youngest child [Ora] was born there. I am not sure whether they moved from there to the home where they spent so many years, or not, but when all the children but the only son, were married and in homes of their own, they bought the old Jenks homestead and spent their last days there. Uncle Charlie was the first to go. I was there in the Fall of 1905 and they were making great calculations on celebrating their golden wedding at Christmas. Charlie brought in a mammoth pumpkin and asked me to see how much it weighed. Said he was going to have it made into pies for the golden wedding. It weighed 49 pounds, and Aunt Esther said it was too big and coarse grained for pies. He was very busy clearing up his garden before the frost came and he brought in a big pan of lima beans. I helped shell them. The ripe ones he saved for seed and the green ones, Esther cooked for dinner and I never tasted any before or since that were quite so good as those were.

Uncle Charlie was always busy, cheerful, and seemingly quite well while I was there, but I had been home but one week when I received a card from Effie saying, “Dear Aunt, This brings you sad news. Pa died this evening about 7:15. Funeral at one on Thursday from the house. Yours in haste and sorrow. October 23, 1905.”

Yes, it came to me one Autumn day Bright with October golden sun But, oh all nature grew strangely dark With that sad, sad news e’er the day was done Of this sudden death of a brother dear whose golden wedding was drawing near Only two short months to that happy day When they were married so long ago But, the snowy head of the bride was now With bitterest grief a bending low For the husband she loved was with her no more But was waiting for her on the other shore.

Obituary from the Birmingham Newspaper

Chas. N. Lee, brother of V. H. [Volney H.] Lee of Birmingham, died at his home in Southfield. He had lived in Southfield for nearly 73 yrs. and will be greatly missed by his many friends. Mr. and Mrs. Lee and Mrs. Sarah Fuller attended the funeral from here.

Obituary from the Southfield Newspaper

Charles Lee died very suddenly at his home Tuesday night at 7 o’clock. The funeral was held at the house Thursday at 1 o’clock standard. Mr. Lee was a highly respected farmer and a old resident of this town. He leaves a widow and five children to mourn his loss – Mrs. Lem [Effie Clarissa] Weaver of Detroit, Mrs. George [Ora]Churches of Redford and Mrs. Robert [Hannah Almira] Churches and Mrs. Stephen [Marietta] Wright of this town. [ed. Left off son, Llewellyn Lee]

Genealogist / Family Historian; Blog started as a record of my Grandfather's post card collection which ran for 15 months. Then, in June, 2017, I changed over to reporting and commenting on notifications from the ANCESTRY app "We're Related" I then started to provide snippets into ancestor biographies on the dates that were significant anniversaries.
View all posts by Pat Shaul →
This entry was posted in Jenks, LEE. Bookmark the permalink.