A History of Strong Willed Women …. 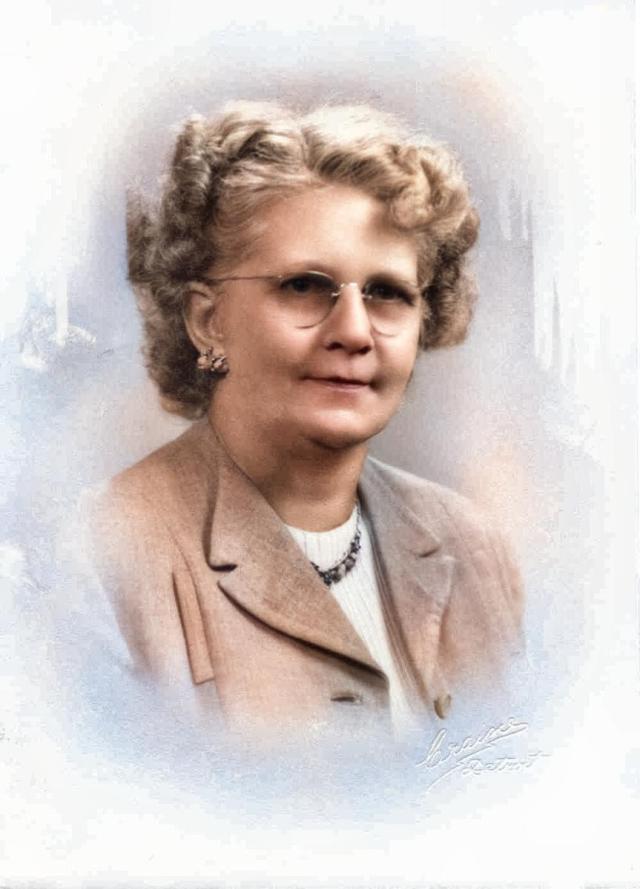 It was 125 years ago, 18 May, 1895, that my grandmother, Florence Marie Koontz, was born in Columbus, Franklin County, Ohio, to Casmear and Phebie Ann Gardner Koontz.  Grandma graduated from The High School of Commerce at Columbus, Ohio, in 1914.  She married Lee Norton Goodliff Weaver on 27 April 1918 and they were the parents of two daughters, the youngest was my mother.   Growing up, I had no doubt that my mother had a very strong will and was an indomitable force once she set her mind to a event, result, or desire.   I had always heard that her grandmother,  Florence’s mother-in-law, was of a similar bent, of course not described in such positive terms.  It wasn’t until I heard, and reheard, the story of great grandmother’s burial day that I realized my mother also got a bit of her spunk from her mother.   On the day my great grandmother was buried, it happened to be VJ day, horns were blaring, church bells were ringing and there was an all around air of celebration, except in the Weaver car as they left the cemetery where they had just laid Lee’s mother to rest in the six grave plot that she had purchased for her husband, herself, her son and his wife, and her two granddaughters, that Grandma Florence came forth with the comment to Grandpa Lee:  “Lee, tomorrow we go out and buy our own grave plot, I am not spending all of eternity at that woman’s feet”.    It took a few years, but they did just that.   There are still four openings in the Weaver plot available.

It was Grandma Florence in her later years who pulled me aside and said she only had one regret in her long life, that the family did not touch each other and hug each other enough.

I tend to think all of these women have a bit of influence on me and have made me a better person for it.

Genealogist / Family Historian; Blog started as a record of my Grandfather's post card collection which ran for 15 months. Then, in June, 2017, I changed over to reporting and commenting on notifications from the ANCESTRY app "We're Related" I then started to provide snippets into ancestor biographies on the dates that were significant anniversaries.
View all posts by Pat Shaul →
This entry was posted in Genealogy, Koontz, Uncategorized, Weaver. Bookmark the permalink.