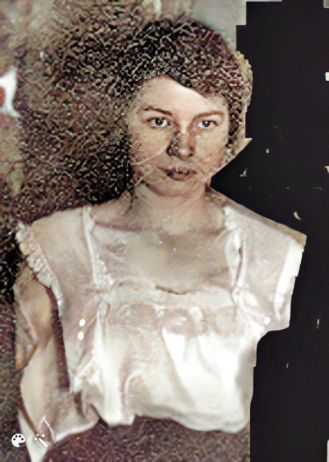 Ethel Emma Chidester was born 121 years ago, on 5 August 1899, in Olivet, Wisconsin to Elmer and Chirstina Ida Silverson Chidester.  On 24 November 1921,  in Columbus, Franklin, Ohio, she married my great granduncle, William Peter Koontz [my grandmother’s brother].  Thus, creating the confusion for all of the C.P. and Phebie Koontz grandchildren who will have double Aunt Ethels (well except those whose mother was named Ethel) since William also had an older sister named Ethel.

Ethel and William located in Redlands, California where Uncle Bill was a chemical engineer at the JPL nearby.  Aunt Ethel passed away on 20 November 1977.  Uncle Bill predeceased her on 1974.   Both were brought back to Columbus, Franklin, Ohio for burial and are interred in Forest Lawn Cemetery in that city.

Genealogist / Family Historian; Blog started as a record of my Grandfather's post card collection which ran for 15 months. Then, in June, 2017, I changed over to reporting and commenting on notifications from the ANCESTRY app "We're Related" I then started to provide snippets into ancestor biographies on the dates that were significant anniversaries.
View all posts by Pat Shaul →
This entry was posted in Genealogy, Koontz. Bookmark the permalink.